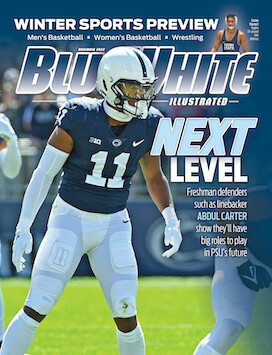 In the November edition of BWI, we focus on one of Penn State's high-impact true freshmen, linebacker Abdul Carter. The four-star Philadelphian made his first start in PSU's victory over Minnesota and is poised to play a big role in the team's defensive fortunes the rest of this season and beyond.

Also in this issue:

Subscribers to BWI Magazine will automatically get this with their subscription. Click here to start an annual Subscription!

Save this product for later
Display prices in: USD